Lyko James had the idea of a comic series about the benefits of bare paws! The location is a town near a lake, forest and mountains, populated by both furries and humans. It's more common to be barepawed among the furries, but some humans seem to be inspired by it as well - others don't seem to like bare paws as much ....

This comic strip is planned to be a cooperative work of several artists, so each comic may be done by someone different.

Sparks, a young anthro coyote furry with a happy-go-lucky attitude, who tries to convince everyone to have fun.

Lance, the skeptical human, who tries to skoff at the furries but always loses. More or less a static character for comic relief.

The first strip is by Lyko James. 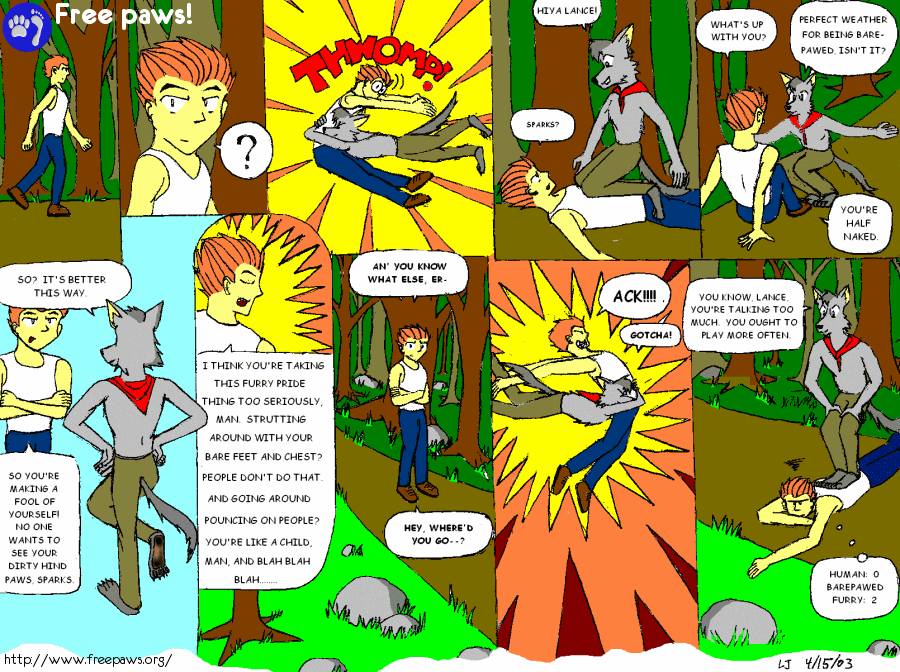 The second strip is by Angel Blanco. 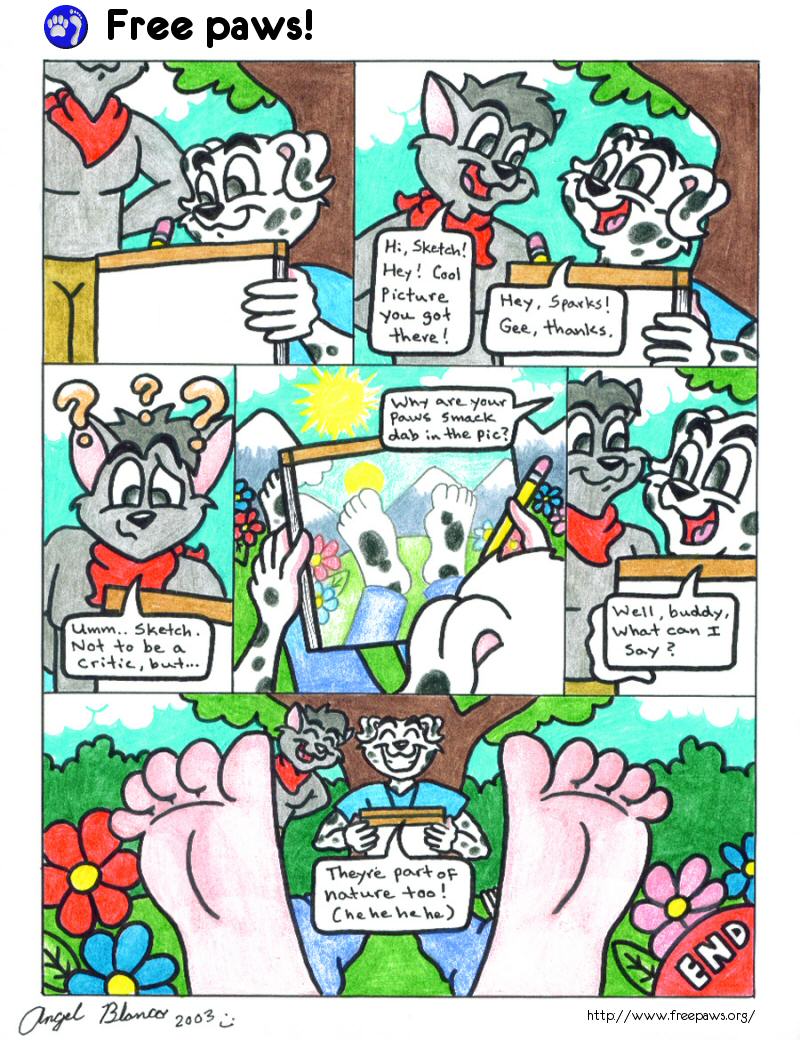 If you want to contribute, e-mail me to get more info about planned characters and strip ideas.

Return to the Free Paws page.